When Anna Fobbe left college, she felt a little lost.

“I would say I was having one of those phases of I don’t know what my next life chapter was gonna be,” she said. “I didn’t know my new calling.”

She was also missing her team. A lifelong athlete, Anna had spent the past four years playing soccer at Bemidji State University. Her team was like family, and though she was a goalkeeper, she loved to train hard. 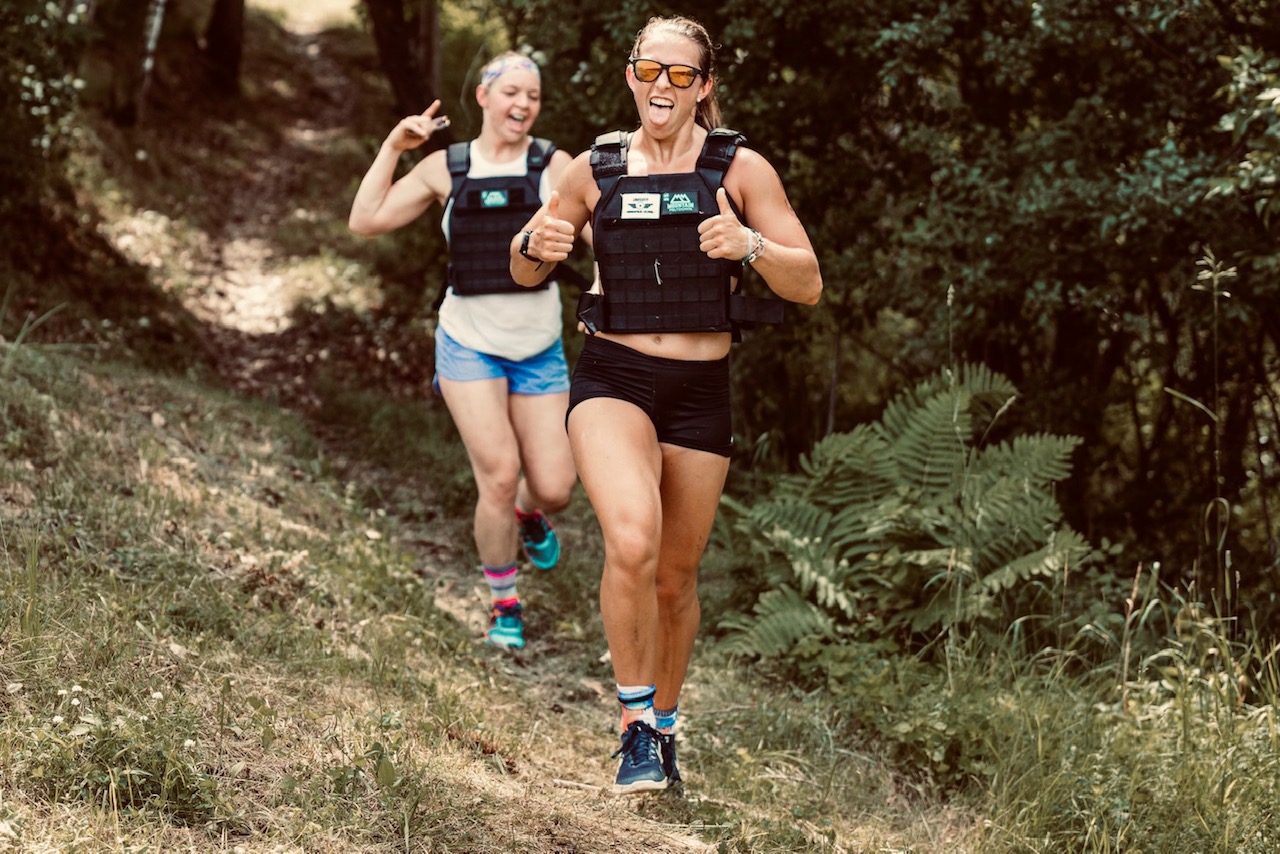 “Even when coaches were like, ‘Hey, goalkeepers have different expectations, you don’t have to do the same fitness test,’ I was like, ‘No. I’m going to be the fit one on this team,’” she said. “I’ve always had the mindset to excel.”

So when she found herself miles away from her team for an internship with Twin Cities Orthopedics, she knew she needed to find a new outlet for her athletic ambition.

Then she remembered: Back in Bemidji, she’d tried a week of CrossFit upon the insistence of her friends. 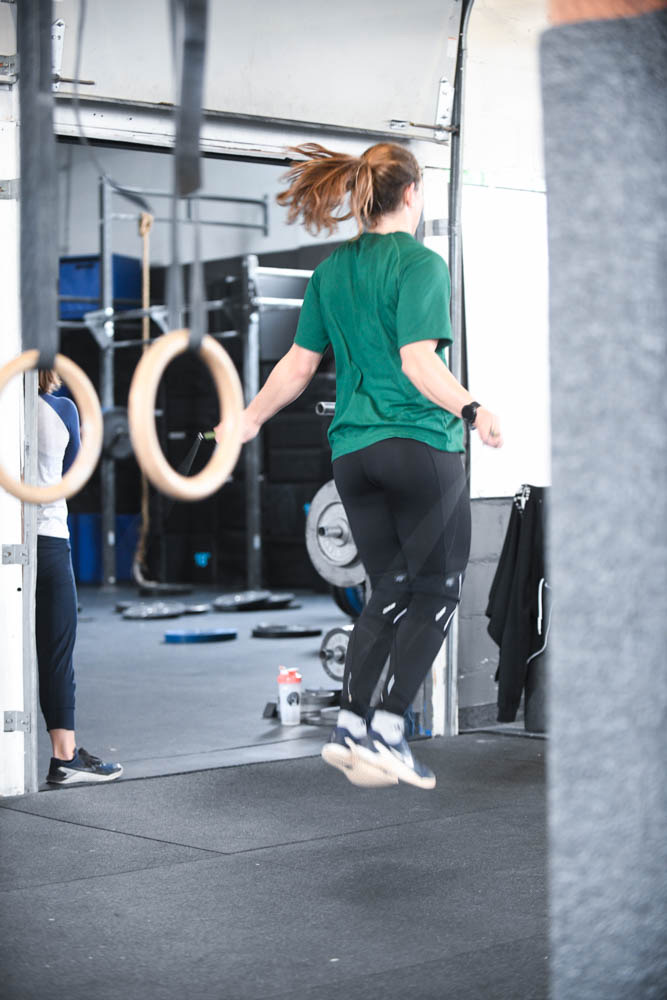 “My friends always mentioned, ‘You’re psycho; you should just try CrossFit for fun; see if you like it.’”

Anna went in to a local gym for a free trial week. Her first workout was a rowing version of Kelly: 5 rounds for time of a 400-m row, 30 box jumps and 30 wall-ball shots.

“And it absolutely sucked, but I kept going,” she remembered. “I’m like, ‘Holy cow, I love this.’”

Not only did she love the training style, but she also loved the feeling of competition and camaraderie. So she joined CrossFit Minneapolis/St.Paul, where she often trains in the 11-a.m. class. 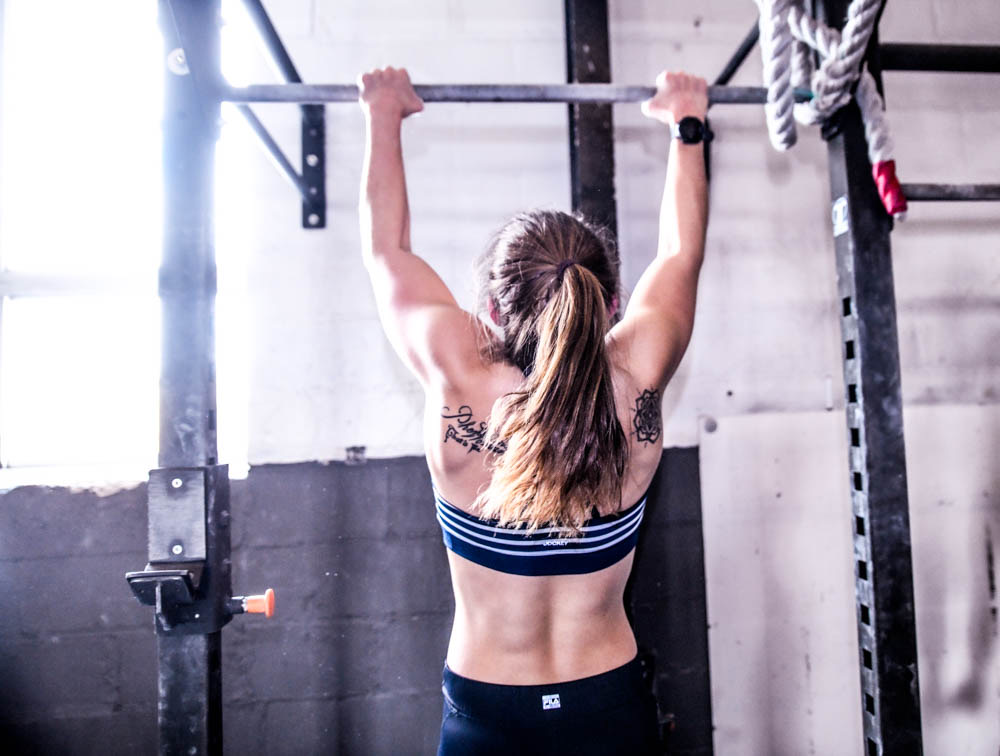 “I’m pretty intrinsically motivated, but when it came to someone next to you pushing you, it brought a whole different realm and element to it,” she said. “I’m up against Deb and Tara and they freaking kick my butt every day.”

Anna was already pretty fit when she started CrossFit; she was a collegiate athlete, after all. But CrossFit, she said, challenged her in completely new ways. Olympic weightlifting, for example, was new territory.

“It was a little frustrating,” she admitted. “I was like, ‘I feel like I’m athletic, but I can’t do any of these movements!’”

But she learned quickly. 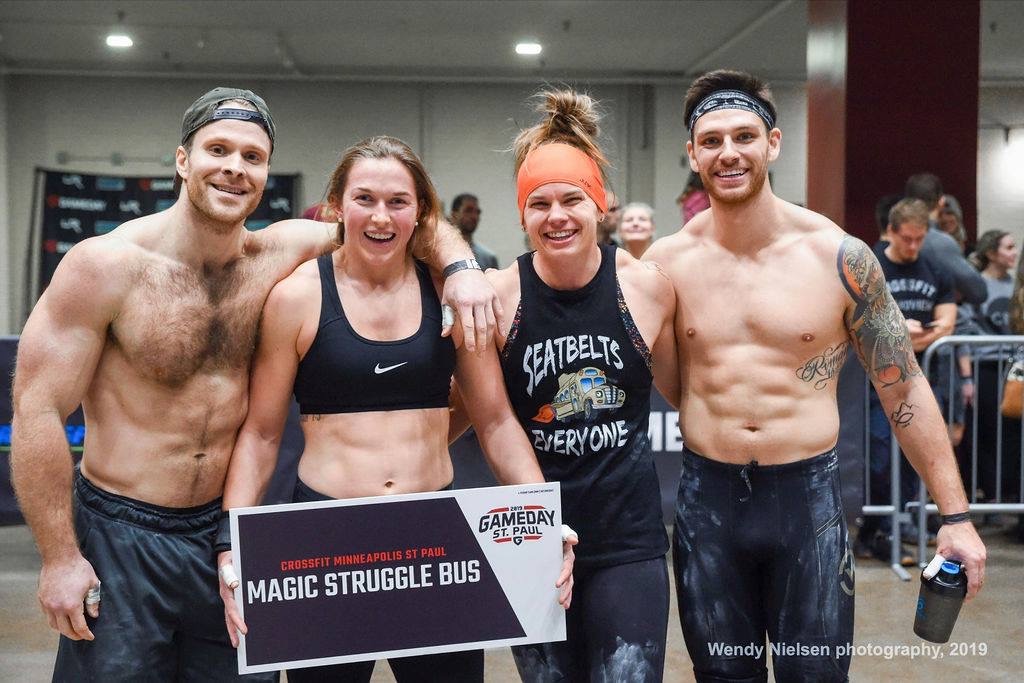 When Anna joined CrossFit St. Paul just over a year and a half ago, her clean tapped out at around 120 lb. and she could do just one strict handstand push-up. Today, she can power-clean 163 lb. and knock out sets of unbroken strict handstand push-ups and strict muscle-ups. Plus, she can back-squat 235 lb. to full depth – five pounds more than what she could only squat to parallel in college.

“I’m still improving,” she said. “Every day is a new day to get a little better.”

But the benefits have been more than just physical. 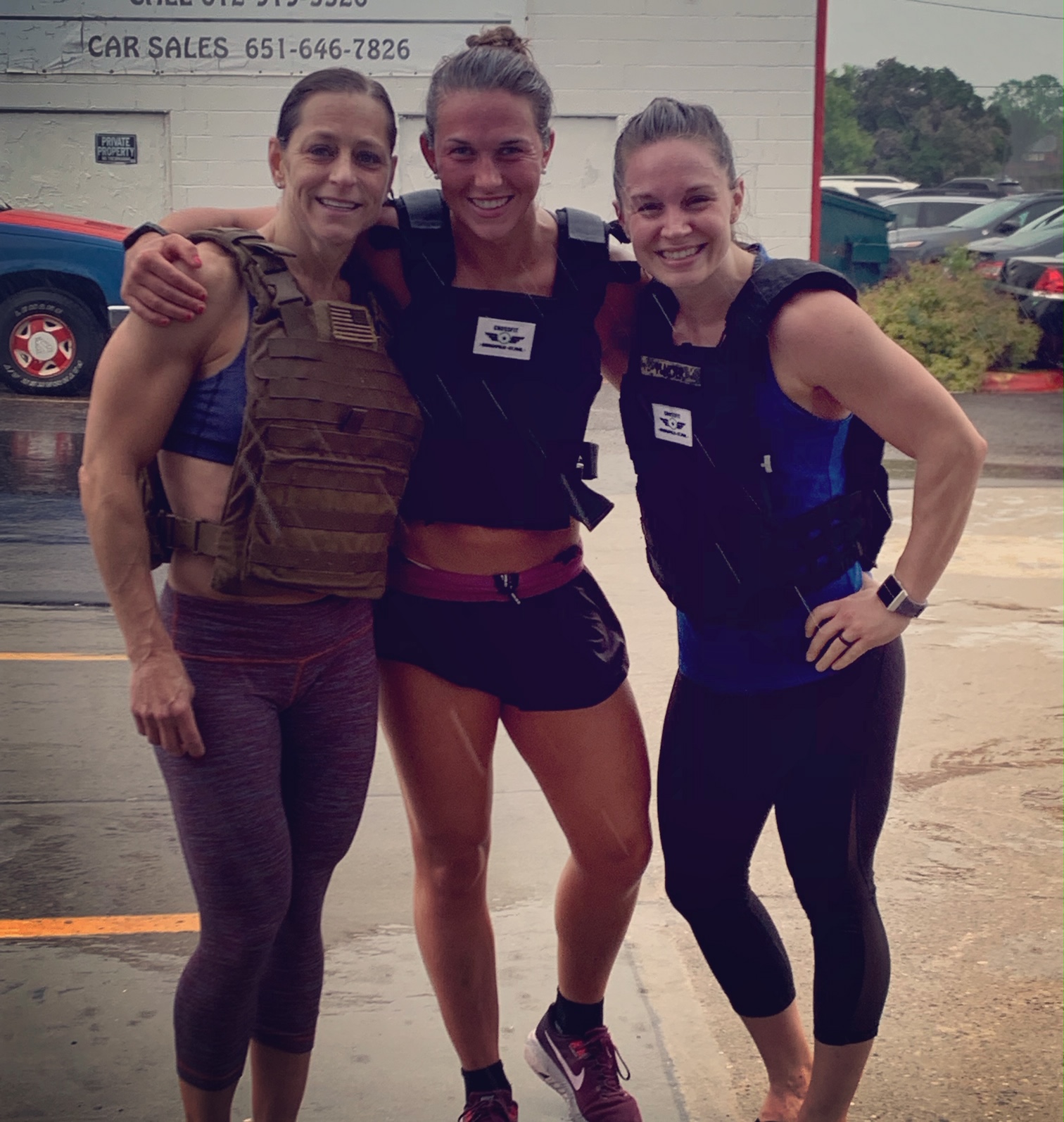 Anna, a former exercise science and pre-physical therapy major, is training for a career helping people move. CrossFit, she says, will have a big influence on how she practices.

“It keeps you moving the rest of your life,” she said. “For someone that wants to go into PT, I think it’s wonderful, because all we’re doing, too, is looking at how people move and trying to fix their wrong movement patterns … and make them better so as they get older, they’re able to correct that and functionally just keep on living.”

The relationships she’s built at the gym—with people from all ages and different walks of life—have also prepared her to be a good therapist. 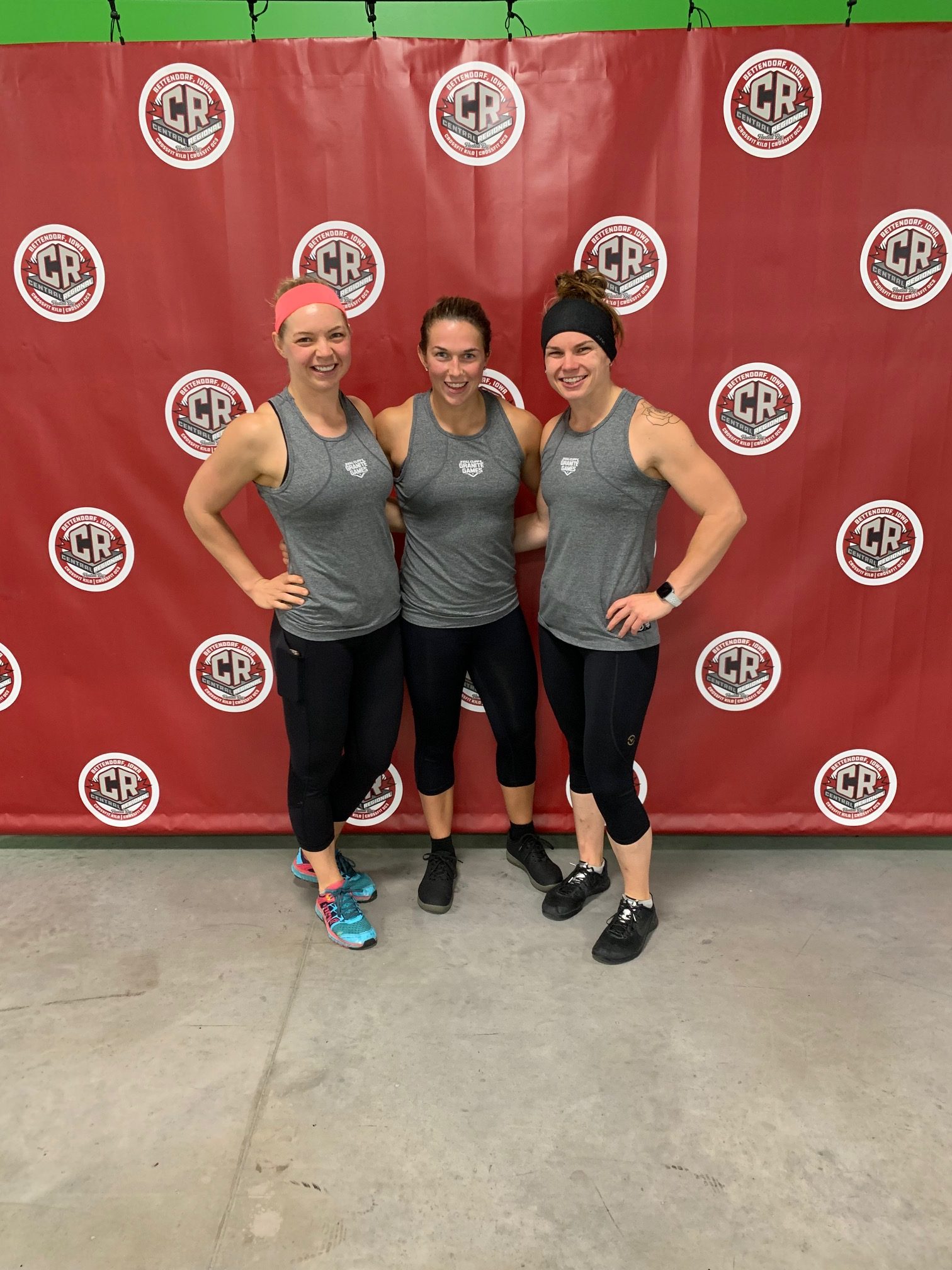 “It helps me connect, because you have to be a good people person when it comes to anything with coaching or PT,” she said. “(In CrossFit), you meet all these people and some people are moms, some people are my age, some people are 40 or 50. … Everybody’s at a different range, and everybody gets through it together, everybody cheers each other on. It doesn’t matter your level; it doesn’t matter if you’re doing it prescribed or scaled or whatever, you’re just trying to individually make yourself better, through other people.” 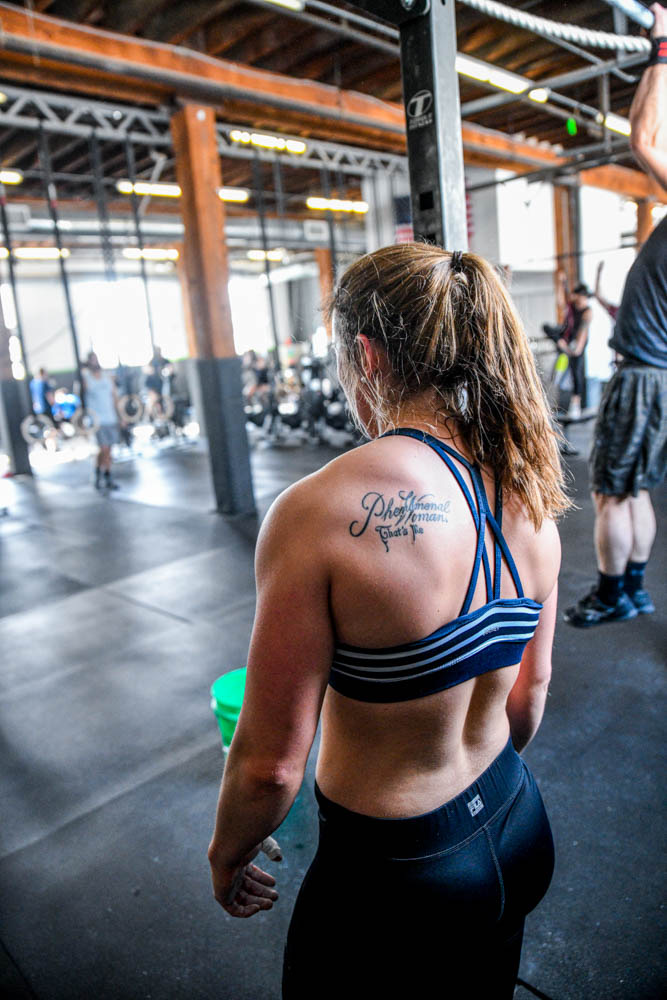 “The people I’ve met have shaped me to understand where I am in life is awesome and there’s only more to come,” she said. “It was tough not seeing my friends and being on a team anymore, and to have this community that you get to go to everyday … is addicting. These are friends that you make for a lifetime.”