Proud of What She Can Do: “Bus Lady” Penny Norquist

You might know her as the woman who waits for the bus every day after the workout.

The people on the bus know her as the woman who works out at that CrossFit place with the big green circle on the side.

“‘I see you get off at that CrossFit and it’s really inspiring; I need to go do that,’” Penny Norquist quoted one of her fellow riders.

Penny, a mother of two, cycling aficionado and loyal member of the afternoon and evening classes at CrossFit St. Paul, joined the gym about five years ago. She was over the elliptical at the globo gym, and even though she loved cycling, a proper training ride took too long to do every day—about two hours when all was said and done. So she decided to try CrossFit. 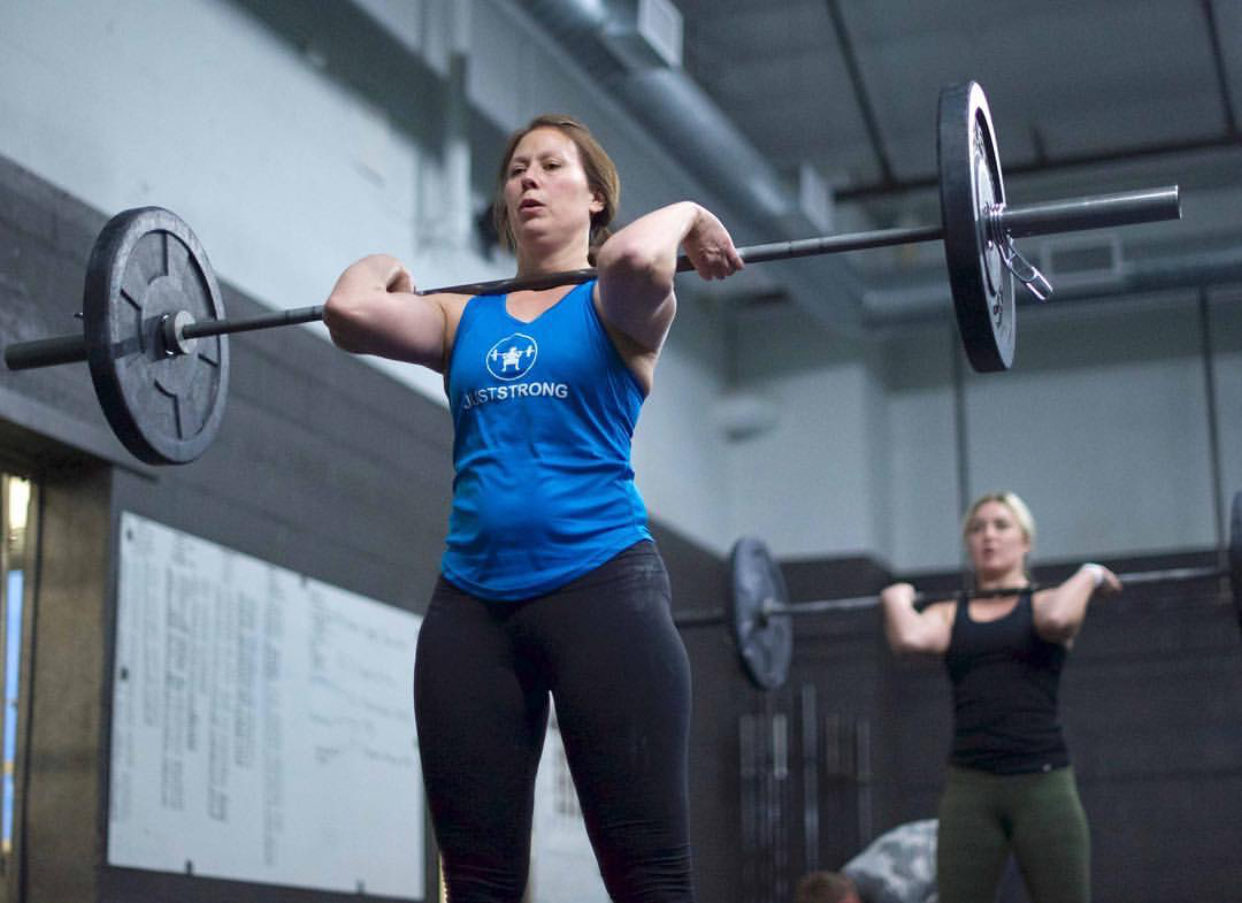 The first gym she tried felt decidedly bro-ish, but when she walked into CrossFit St. Paul, she knew she’d found her crew.

“I just loved the atmosphere of the gym,” she said. “It seemed pretty family-friendly and female-friendly.”

Still, she was intimidated. “Terrified,” to be precise. Though she’d been an endurance athlete all her life, running track in high school before finding a love for cycling in adulthood, she’d never held a barbell in her life.

“I remember Chris Powers in my on-ramp classes, and I think if it wasn’t for Chris, I would have left,” she said, laughing. “He was so chill.”

Despite her initial trepidation, Penny quickly fell in love with the program. The variety of movements and workouts meant she never got bored. But it wasn’t just about the workouts themselves.

Around the same time she joined the gym, Penny went through a divorce. Add work and parenting two young kids—and eventually going back to school for a master’s degree—and you’ve got a killer recipe for stress. The gym became a respite from the stress; a place to take a mental break and focus on herself.

“I do think a lot of it is mental peace of mind; that’s part of what I get out of it more than just the physical piece,” she said. “Keeping myself from going crazy.”

CrossFit also helped her build confidence and transform her self-image, Penny said. Though she had a set of lungs, she’d never been strong—before CrossFit, she could manage only one or two push-ups. And though she’d always been thin, she still wasn’t happy in her own skin.

“I think I also just wasn’t feeling great about myself,” she said. “You can be thin but not necessarily feel confident about how you look.” 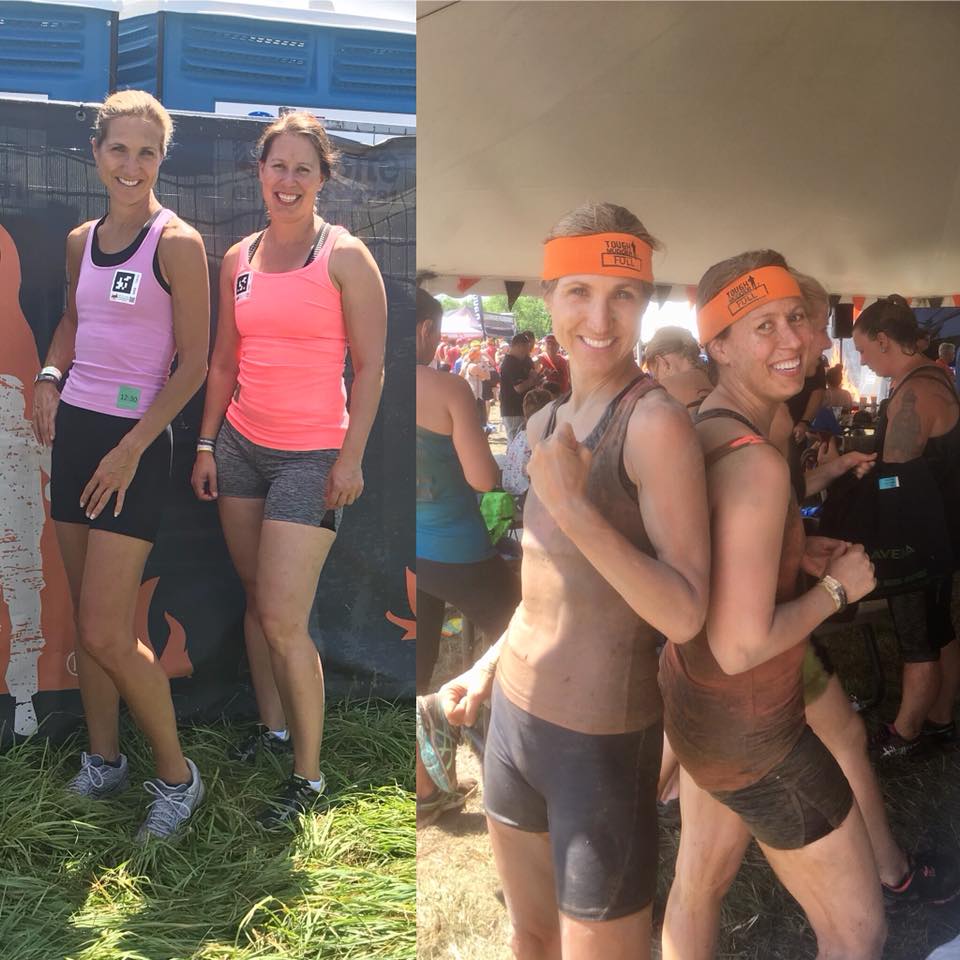 “I think I’m much more forgiving of myself than I used to be,” she said. “We all have days where we don’t feel good about what we ate the day before or you put something on and you don’t like the way it looks, but I don’t think about it as much. I’m much more focused on here’s the things I can do. …  I’m heavier now than I was back then, but I’m more proud of what I can do and feel better overall.”

One of the things Penny can do now is smash a Tough Mudder—a 10-mile obstacle-course race subjecting athletes to heights, fire, water and even electric shocks.

“Part of what they say is something along the way is gonna frighten you,” she said.

She recalled an obstacle in which a rope ladder was suspended over a pool of water. Athletes had to broad-jump several feet from land to the ladder before climbing to the top of the obstacle.

It reminded her of box jumps, a movement she had scaled to step-ups for quite some time.

“I stood there for like 10 minutes looking at that rope,” she recalled.

Spoiler alert: She made it. (She can also rep out box jumps with ease now.)

But even more important than conquering obstacles or setting box-jump PRs is health and longevity. 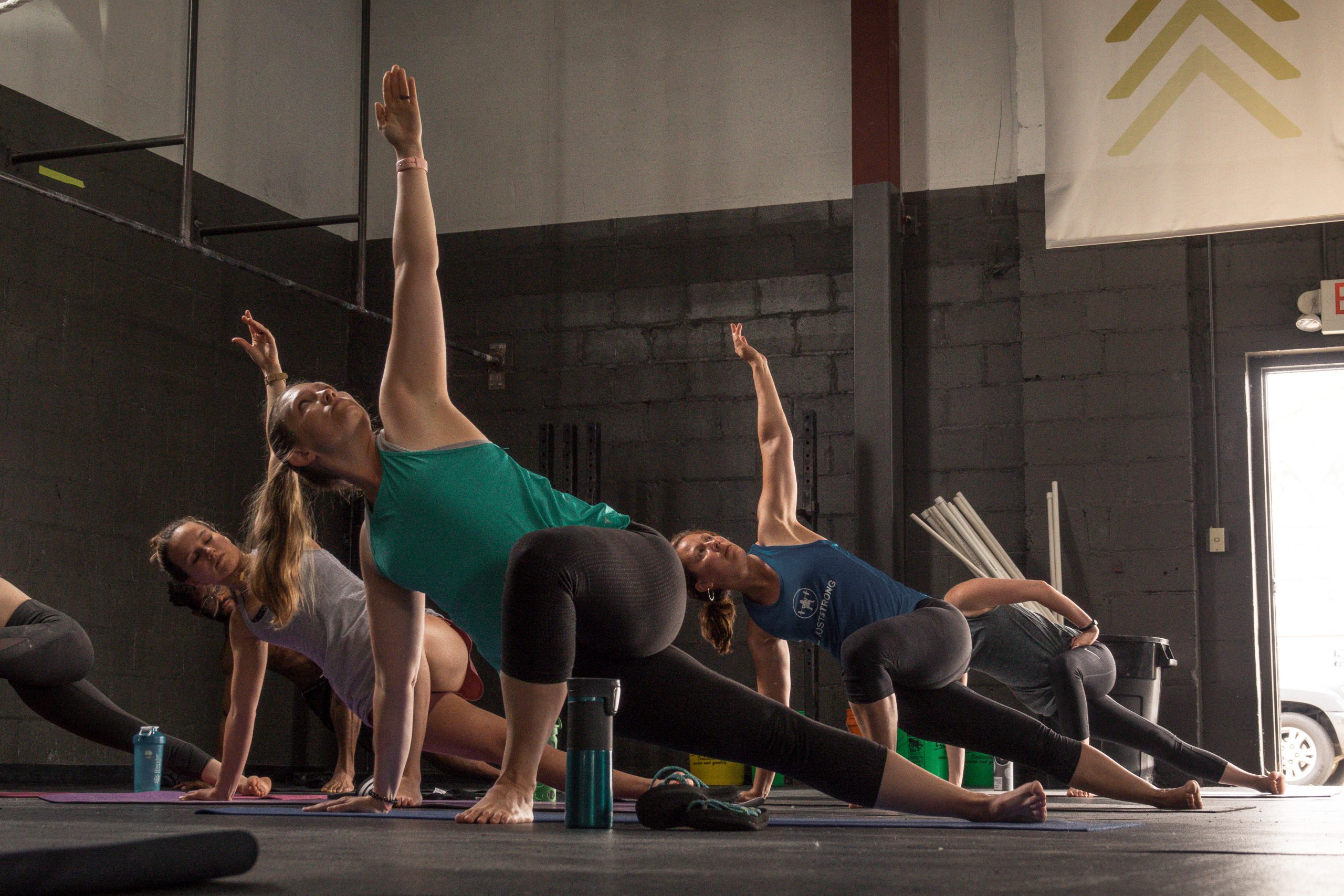 “I grew up in a family that’s not active,” Penny said.

Her father battles several health problems including diabetes and Alzheimer’s, and her mother struggles with knee and back pain.

“I’ve watched my mom become so much less mobile; I’m like, I cannot be that,” Penny said. “I gotta do what I can to have that not happen. You kind of start when you’re younger wanting to look a certain way …  and now, my friends and I joke, I’m like I just want to not be broken. I just want to stay able to do the things that I want to do.”

With a 118-lb. clean, a 113-lb. overhead squat, kipping pull-ups and not just one but several push-ups, Penny’s certainly far from broken. And if you check out a 4:30 p.m. class some day, you’ll probably catch her working on her next goals: toes-to-bars and 14-lb. wall-ball shots—no matter how heavy they may feel.

“I can’t think of any workouts that at the end I was like, ‘Oh, that was a terrible idea,’” she said. “I always feel better when I’m done.”