Does Your Band Teacher Even Lift?

It was elementary school P.E. class, and a cluster of kids sat in a circle on the floor.

In the middle hung a rope, stretching high above their heads to the gym ceiling above. One by one, the students scaled the rope in front of the entire class, their dignity hanging in the balance.

“And most of my classmates could screw right up that damn rope,” said Corey Desens, now 50. “Oh my God, I was lucky enough to get like a quarter of the way up. I was always the chunky, fat kid who could never really do it.”

Decades later, a year after starting CrossFit, Corey decided to try to climb the rope during a workout at CrossFit Minneapolis, forgoing his usual modification.

He was soon startled to find himself at the top.

“I climbed that freaking rope like 20 times that day, and it was nothing,” he recalled.

Corey started CrossFit in the summer of 2017. He usually trains in the afternoon classes among athletes decades his junior, and has happily accepted the title of “Grandpa of CrossFit Minneapolis.”

“Sometimes when we’re just like chatting, I feel like I’m a father figure, almost, because (I) have a lot of life experience,” he said. “But when class starts it’s like I am the child because everybody is so good at everything and I’m like, ‘What? How do we do that?’”

He wasn’t new to exercise—for the past 20 years he’d trained at a typical globo gym, splitting his time between cardio and resistance machines. He even gave yoga a shot—once.

“That was not a really good fit for me because I kept laughing the whole time because I’m not flexible at all,” he said, laughing. “They hardly appreciated my giggling during class.”

Despite his commitment to training, he never saw significant results—and he was bored. He wanted an exercise program that would keep him intellectually engaged and constantly challenged. 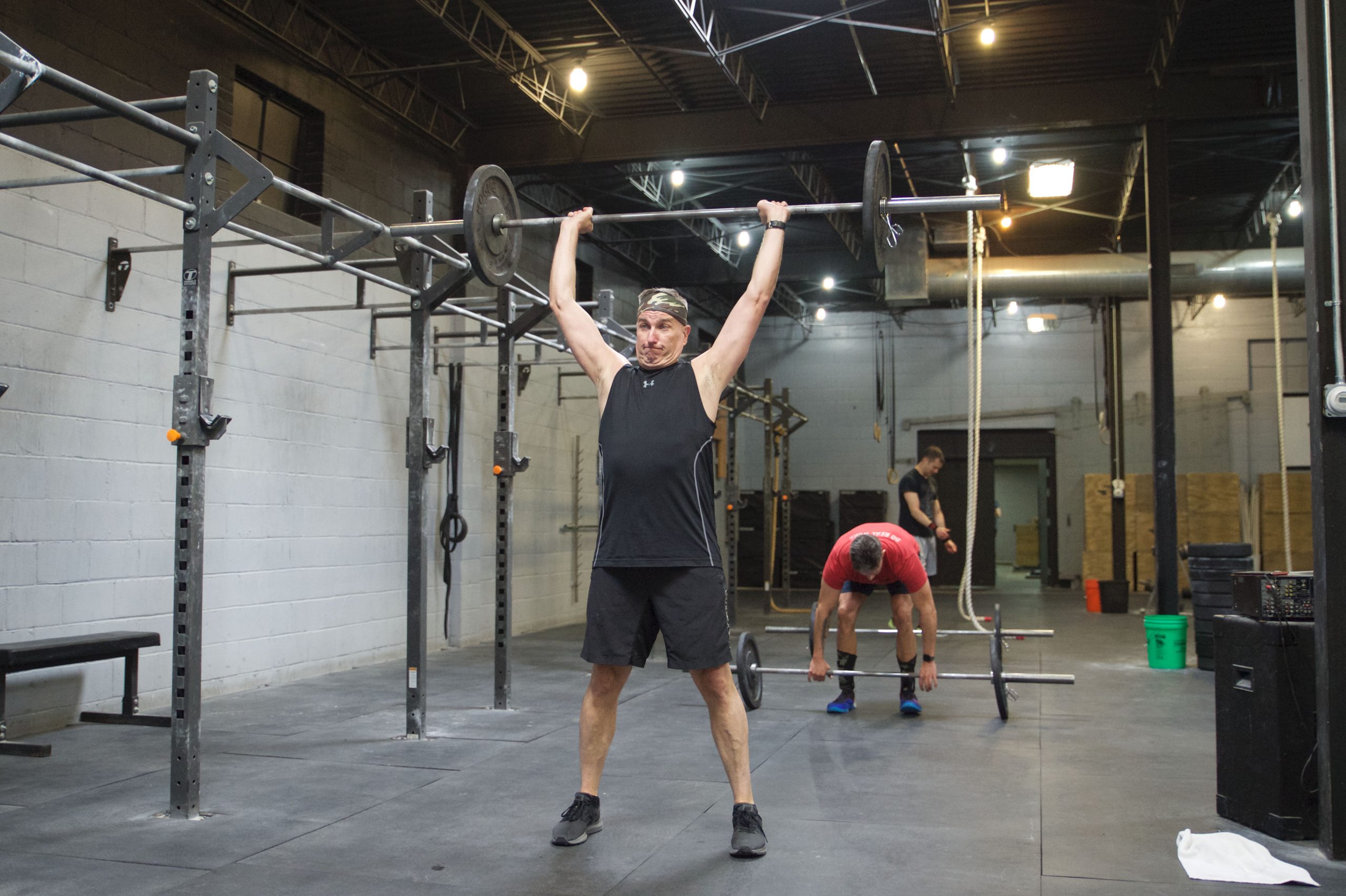 But that didn’t discourage him from coming back. An educator by profession—Corey is a high-school band director—he doesn’t shy away from taking on new challenges.

Plus, even after just a few weeks, he’d already begun to see results.

As time went on and Corey got fitter, he began to notice results outside of the gym, too. At school, lifting a tuba case over his head and into a tall cabinet is “nothing now,” he said. He’s even noticed an improvement in grip strength, noting that sometimes students have trouble loosening the drum stands after he’s adjusted them.

At the time of Corey’s diagnosis, he was sleeping up to 14 hours a day and even had trouble staying awake while driving. Though he still takes medication for the condition, he said that CrossFit “gives me more energy, where I feel like now I’m not so dependent on those meds anymore to stay awake.”

Everyone knows that the first rule of CrossFit is always talk about CrossFit, and Corey is no exception. He loves to share stories of his fitness adventures with his students—even the ones where he biffs a box jump or fails a lift.

Stories like that are opportunities to teach some valuable life lessons, he said.

“And I tell those stories mainly because when you’re playing an instrument and you’re in a group of people, you’re going to have to step outside your comfort zone and try stuff,” Corey said. “It’s like, people are going to make mistakes in here and you just gotta learn how to accept the fact that nobody’s going to be perfect, and you can’t be hard on other people when they’re not perfect.”

In about a month, Corey will celebrate his 51st birthday in the best shape of his life. Not only can he scramble up the rope with the best of them, he can front squat 215 lb., back squat 235 lb. and do double-unders.

“The physical shape of my body has changed drastically,” he said. “Weight-wise, I’m maybe like only 10 pounds less than what I was before, when I was going to the regular gym, but it’s now muscle as opposed to fat. … And I’ve never seen my legs so strong in my life. Like, I’m impressed with my legs.”

And he only plans on continuing to keep learning, work hard and keep getting better.

“I’m still learning, picking up these little tips. It hasn’t gotten old for me after two years,” he said. “I just want to make sure that the coaches really understand how life-changing they were for me. Especially Chadwick (and) Adrian just have like opened a whole new world for me. … All of the coaches, they are just so awesome about understanding where people are coming from in their ability levels and knowing not everybody is going to be a super-human athlete and then meeting us wherever we are in our journey for fitness.

“I’m just so appreciative to the coaches for not giving up on people who really don’t fit the mold of a top-performing athlete.”