‘Till Death By Burpees

As John Clarno lay in bed, he struggled to breathe.

Each breath felt deliberate and shallow, like something was preventing him from getting enough air.

“It was the extra weight hanging off me that wasn’t there before,” he said.

He wasn’t accustomed to having to work to breathe. After all, John had been an athlete most of his life, playing soccer and football as a kid and then rugby from high school all the way through college and after.

“My favorite cheat on like a Friday or Saturday was to get that nasty canned nacho cheese that’s in the pull-tab can and a bag of Doritos and sit and eat the whole thing of nacho cheese, to the point of cleaning the can,” he said.

But when the nachos started showing up in the mirror, he knew he needed to change.

“That was the biggest (thing) for me,” he said. “I had always been a fit person and seeing the weight add up in the mirror … I was starting to get depressed and not happy with myself.”

Though she’d never been athletic, preferring reading to running, she’d been on a diet for as long as she could remember. Even after recovering from her battle with bulimia in college, she still had a disordered relationship with food.

“I didn’t understand food as a way to fuel your activities and your goals,” she said. “It was a like a necessary evil.”

But after encountering a Facebook group that empowered women to lift weights and build strength, she began to look at health and fitness in a new light.

“That really interested me because I had always been on a diet and only ever exercised to lose weight, so the idea that there is a different goal was pretty exciting to me,” she said.

So the couple decided to get in shape.

Together, they trained at a local rec center, following an online program Jenny found in her Facebook group. It didn’t take long for them to realize they wanted more.

John recalled his rugby training back in 2009—for six months, the team had trained with CrossFit. So he looked up CrossFit Minneapolis and suggested they give it a shot.

She was even more terrified when she walked into CrossFit Minneapolis in 2016 and saw a roomful of muscled women lifting weights that were definitely heavy and definitely not pink. 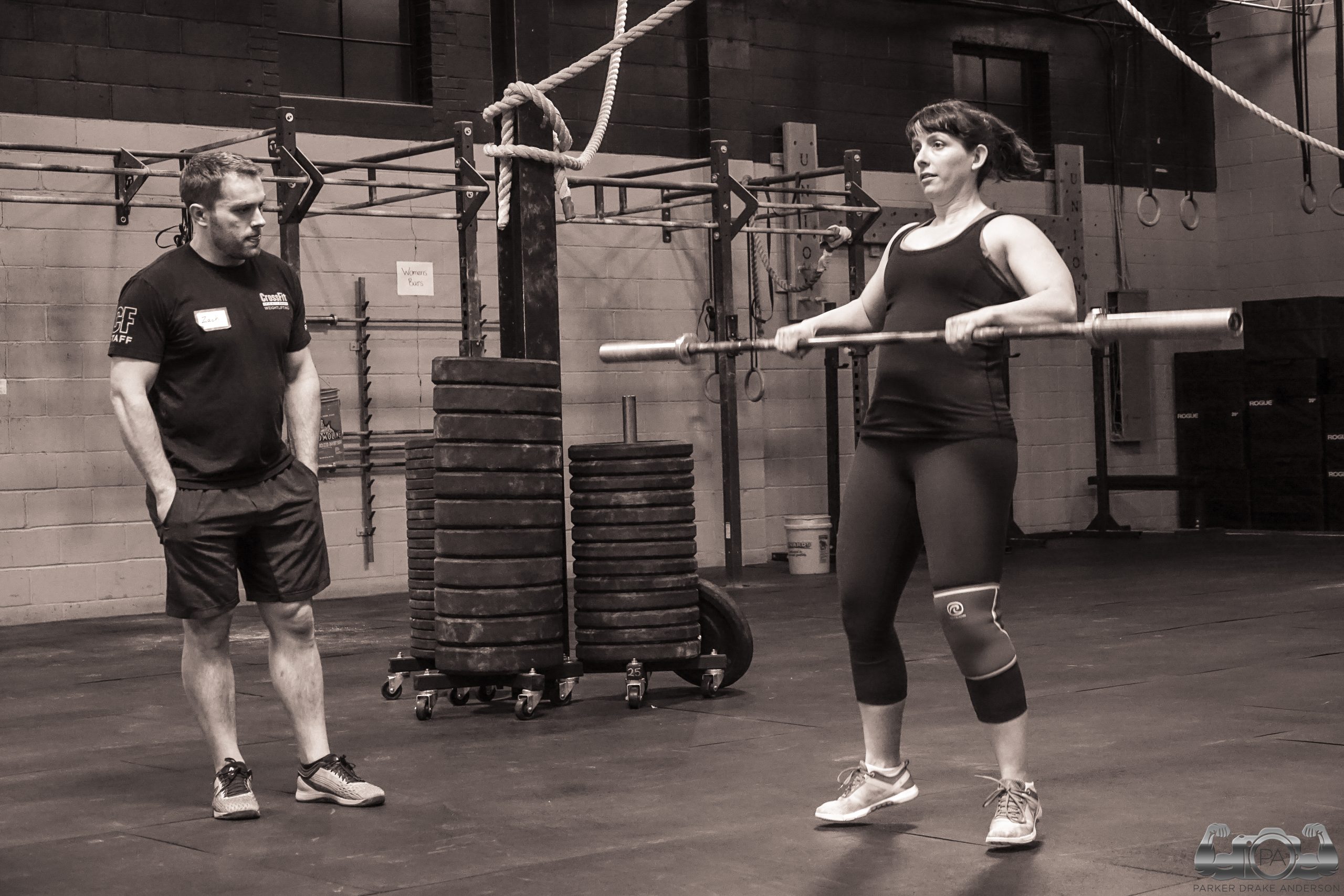 “I was terrified, but also stoked,” she said. “Because suddenly you’re surrounded by women that have totally different goals than I’ve ever seen, and I was like, ‘Oh wow! This is so cool!’”

While Jenny was experiencing equal parts excitement and fear, John was getting a sample of humble pie in his intro session with coach Sara Krych.

“I was the big, strong rugby player for 15 years, and I was scared out of my pants by Sara,” he joked.

“I was just completely blown away,” he said. “Like, I had just expected I could walk in and squat 350 without even thinking about it. All of my strength was gone now.”

Despite their trepidations and insecurities, the Clarnos were eager to learn, training three to four days per week in the infamous 6-a.m. class at CrossFit Minneapolis.

Though John desperately wanted to be part of the “Rx club,” he wanted to get his fitness back more—so he listened to his coaches and scaled appropriately.

And Jenny quickly realized that it didn’t matter how much she could or couldn’t lift or that she’d never played sports in her life—the coaches had her back.

“No matter what the workout, the coaches figure out a way that you can do the workout and feel successful,” she said. “It was a really rare occasion when I left feeling frustrated; I almost always left feeling really, really good—even if I was terrified beforehand.”

The progress came quickly, and for the Clarnos, CrossFit rapidly become more than a workout program—it became a way to celebrate and support one another as they shared their PRs on the car ride home, congratulating each other on a job well done.

It became a shared source of joy and excitement as they eagerly refreshed the website each morning to see what the day’s workout entailed.

“CrossFit taught me that I can make friends as an adult,” John said. “My whole life I was like, you get the friends from grade school, middle school, high school, college and that’s it. You don’t get to make any more friends.”

But after a few months at CrossFit Minneapolis, he recalled walking over to his wide and realizing, “These people are our friends. I didn’t know you could make friends as an adult—this is awesome!” 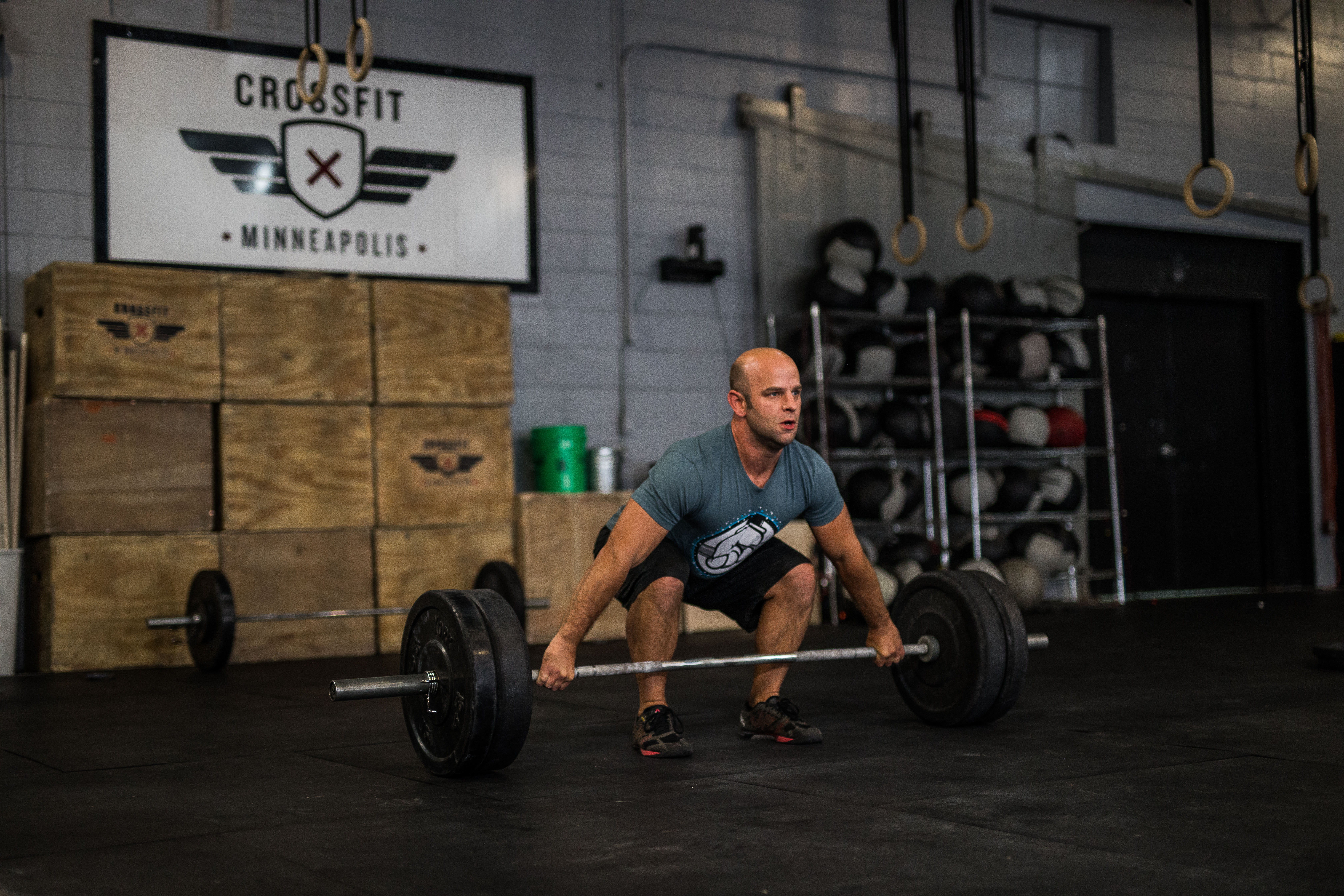 A few months after starting CrossFit, John and Jenny took the next step of their CrossFit journeys: they joined a gym nutrition challenge.

For the first time in her life, Jenny had a reason other than pants size to think about her nutrition.

“CrossFit really woke me up to (the notion that) you have to eat good food if you want to get better (in the gym),” she said.

The couple tossed out the frozen pizzas and replaced them with meat and veggies. When it came time to retest biometrics after the challenge, Jenny had a whole new perspective on numbers.

“On paper I didn’t lose a lot of pounds, but I gained body composition, and coming from a eating-disorder background, being on the scale can be poisonous; I stay away from the scale. So to see something where the weight didn’t change a lot but my health changed significantly, that was also really reassuring for me.” 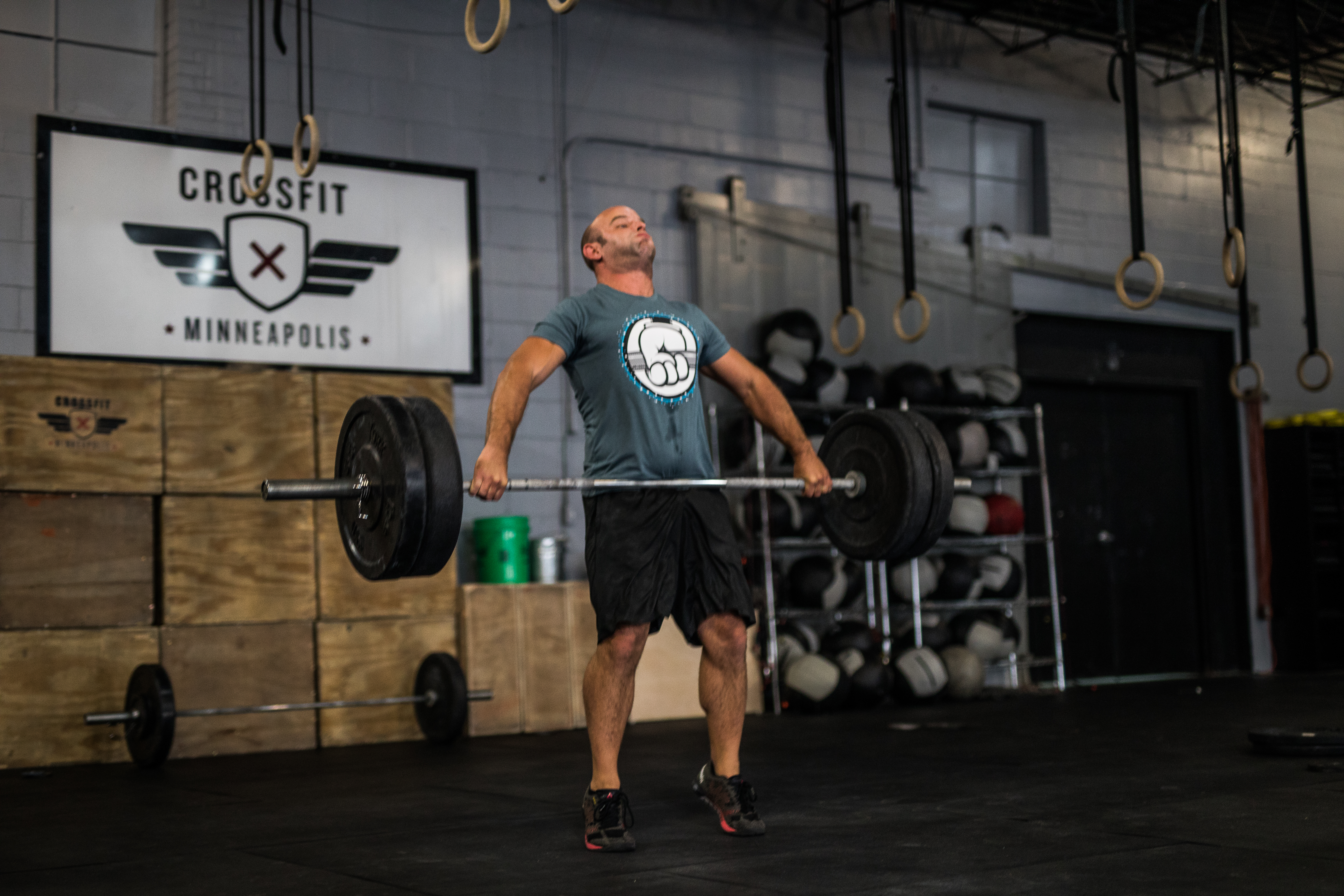 Today, John’s reclaimed his 300-lb. back squat and then some—and he sleeps easier at night. Jenny can squat to full depth and recently ran her first nonstop mile. They even convinced Jenny’s grandmother to start CrossFit out in Sioux Falls, South Dakota—the 70-year-old recently hit a 130-lb. deadlift.

Best of all, the Clarnos say sharing those 6-a.m. swole seshs have brought them closer together than ever.

“I feel like CrossFit was the best marriage counseling ever,” Jenny said.

She recalled an encouraging kiss from John before a tough workout involving multiple 400-m runs, her Achilles’ heel.

“I was about to cry because I was so scared and John came over in front of a whole crowd and hugged me and kissed me,” she said. “It was so cool to realize how much he supported me. … I think we just learned a lot about each other because we’re in the same class and we’re doing it three to five times a week together.”

“My favorite thing to do is watch Jenny lift,” John added. “She’s the love of my life.”

As for the future, John’s hoping to convince his wife to join him at the upcoming Game Day competition this fall. Other than that, their goals are simple.

“My grandparents are starting to get older and have less capabilities and mobility,” John said, “and seeing that just kind of reiterates that we’re doing the right thing, and we’re going to keep doing this thing and keep getting stronger and fitter and eating as healthy as we can and living, but still having fun.”