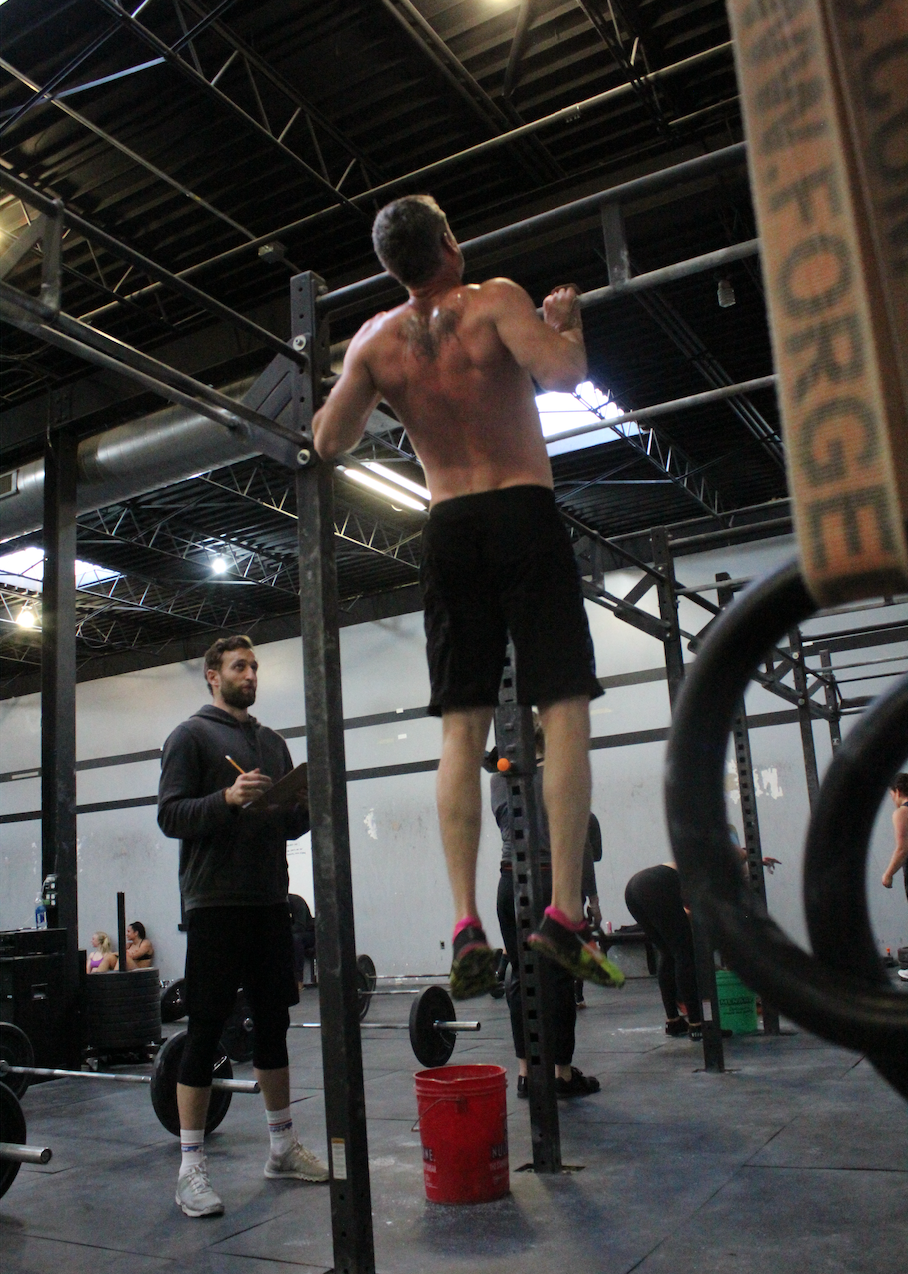 Anybody who’s intimidated by CrossFit should meet Tony Kieffer.

He’s the kind of guy who, when you meet him at a coffee shop to do an interview, will slyly pay for your coffee.

And at the gym, Tony’s the kind of guy who’ll share a barbell with you even if you’re lifting half what he is. He’ll empathize with your front-rack struggles and share a cue that worked for him in the past. If you’re not watchful, he’ll pick up your weights for you after the workout is over, too.

He’s also got some fitness. At 38 years old, the guy can clean and jerk his body weight, and he’s the proud owner of both bar and ring muscle-ups.

“Those were huge,” he said. “And it took a lot of work, a lot of coaching and a lot of tips from other athletes—everybody together.”

He wasn’t always fit. When Tony did his first CrossFit workout, a slightly modified version of Cindy, he couldn’t squat below parallel or do a single pull-up. 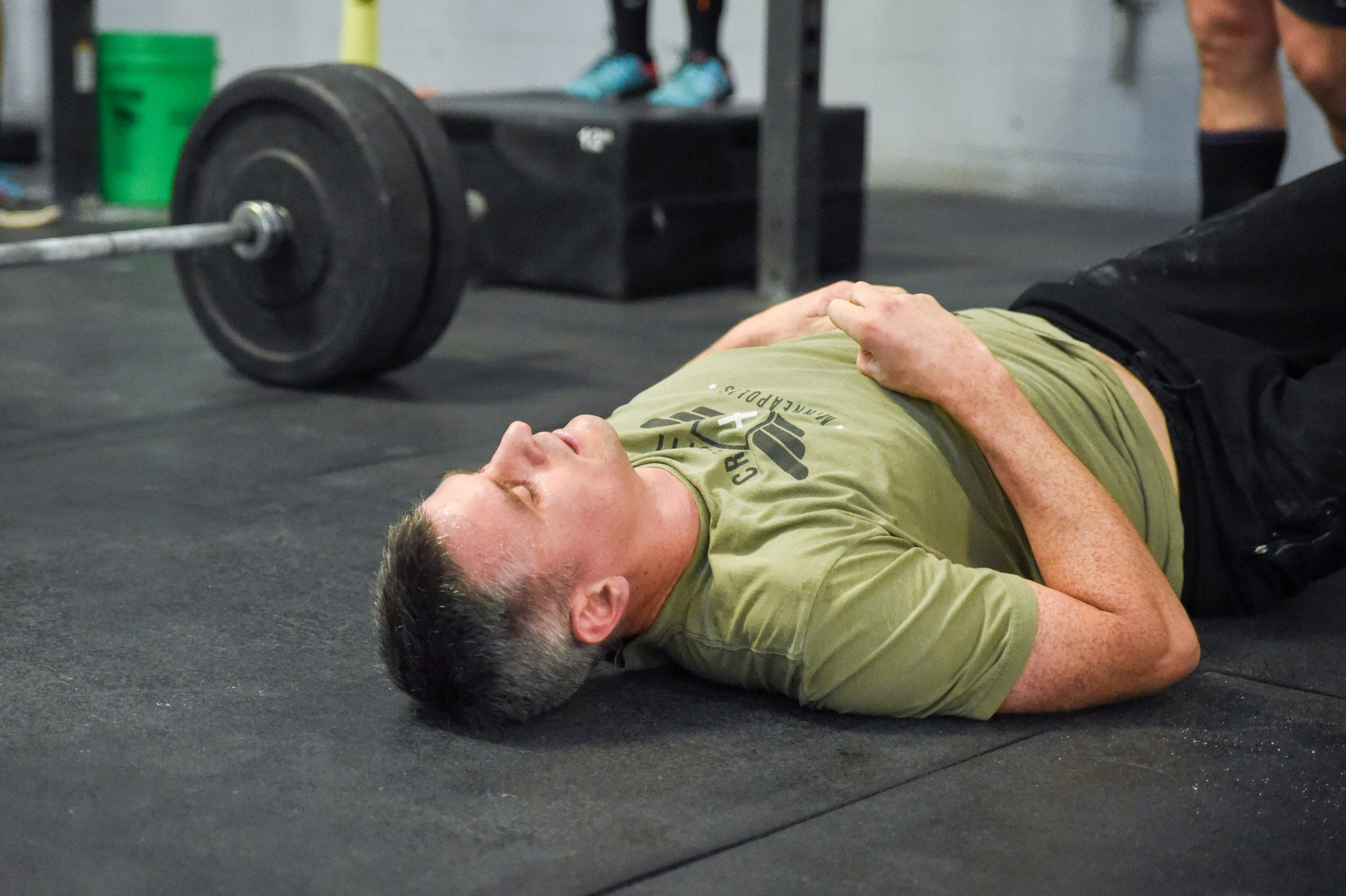 “I did ring rows, and I broke up my ring rows because I couldn’t do 5,” he recalled.

Previously, he’d been working out at a typical globo gym.

“I think I was using a Smith machine to squat—which is embarrassing—and I was really impressed because I put two tens on the bar on either side,” he joked.

But he found the atmosphere boring—“the TV’s on, everybody’s got headphones in”—and he never seemed to get fitter.

But where the globo gym lacked community and structure, CrossFit offered both. He first joined CrossFit Charlottesville in Virginia, where he lived at the time, in 2011.

“Since then it’s been my way of meeting people in just about every city I’ve been to,” he said.

And when he came to CrossFit Minneapolis in 2012, he knew he’d found a community he could call home.

“The cool thing about the Minneapolis community … is there’s a certain mentality; they’re looking to get better, they’re ambitious, they’re interested in trying new things and thinking about things in new ways,” he said. “Those are the kinds of (people) I enjoy being around, so to find that kind of like-minded community is really cool.”

Part of that like-mindedness is an attitude of celebration, Tony said. He recalled seeing a new athlete hit a PR while classmates rallied around him, cheering as loudly for his 100-lb. squat as they would for an elite athlete squatting 500.

“It shows what the community is about,” Tony said. “To celebrate that, I think, brings people together. Even if you’ve been doing (CrossFit) for a while … you get to be more appreciative of the effort it takes to get there. You know the process.”

He’s been on the receiving end of that support countless times, from his first pull-up to his first muscle-up to the time he clean and jerked his body weight in Oly class a few years ago.

But you’re even more likely to find him on the side of the platform, cheering on someone else.

“He doesn’t just participate,” said coach Sara Krych. “He is always happy to share a platform with anyone, regardless of their ability, offering encouragement along with some coaching cues he’s picked up along the way. Tony’s exemplary spirit of generosity and humility have made him a valued member of our community, and it’s been a privilege to coach him over the past six and a half years.”

Tony shrugs off such compliments. 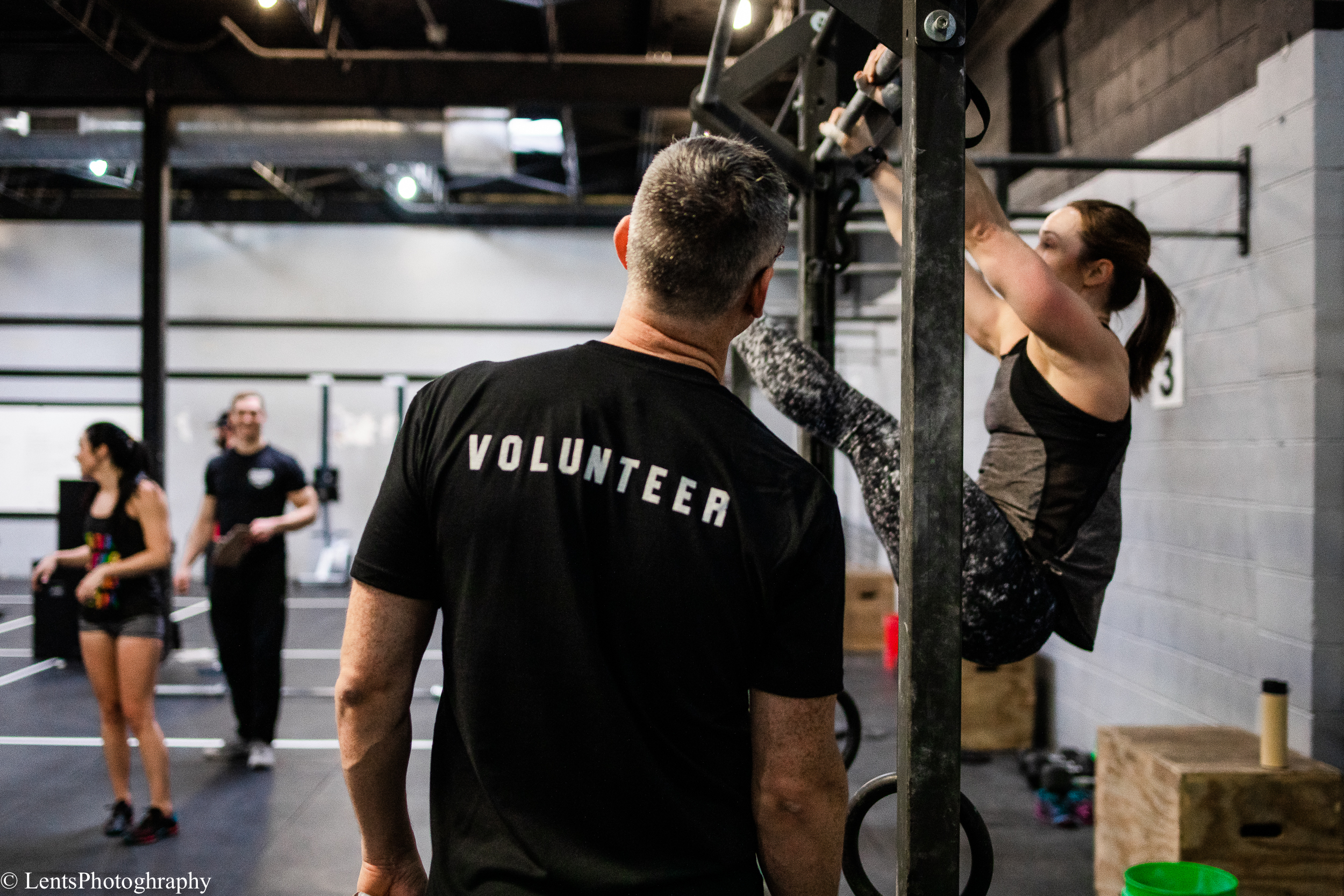 “At this point in my career, it’s cool to see other people hit those PRs and make those milestones that you’ve hit than for you to hit that 300-lb. back squat,” he said.

So if you’re afraid to try CrossFit or you know someone who is, just bring them to an evening class at CrossFit Minneapolis and introduce him or her to Tony.

“This community is really good at celebrating small achievements,” he said. “That’s the kind of stuff that keeps you coming back.”