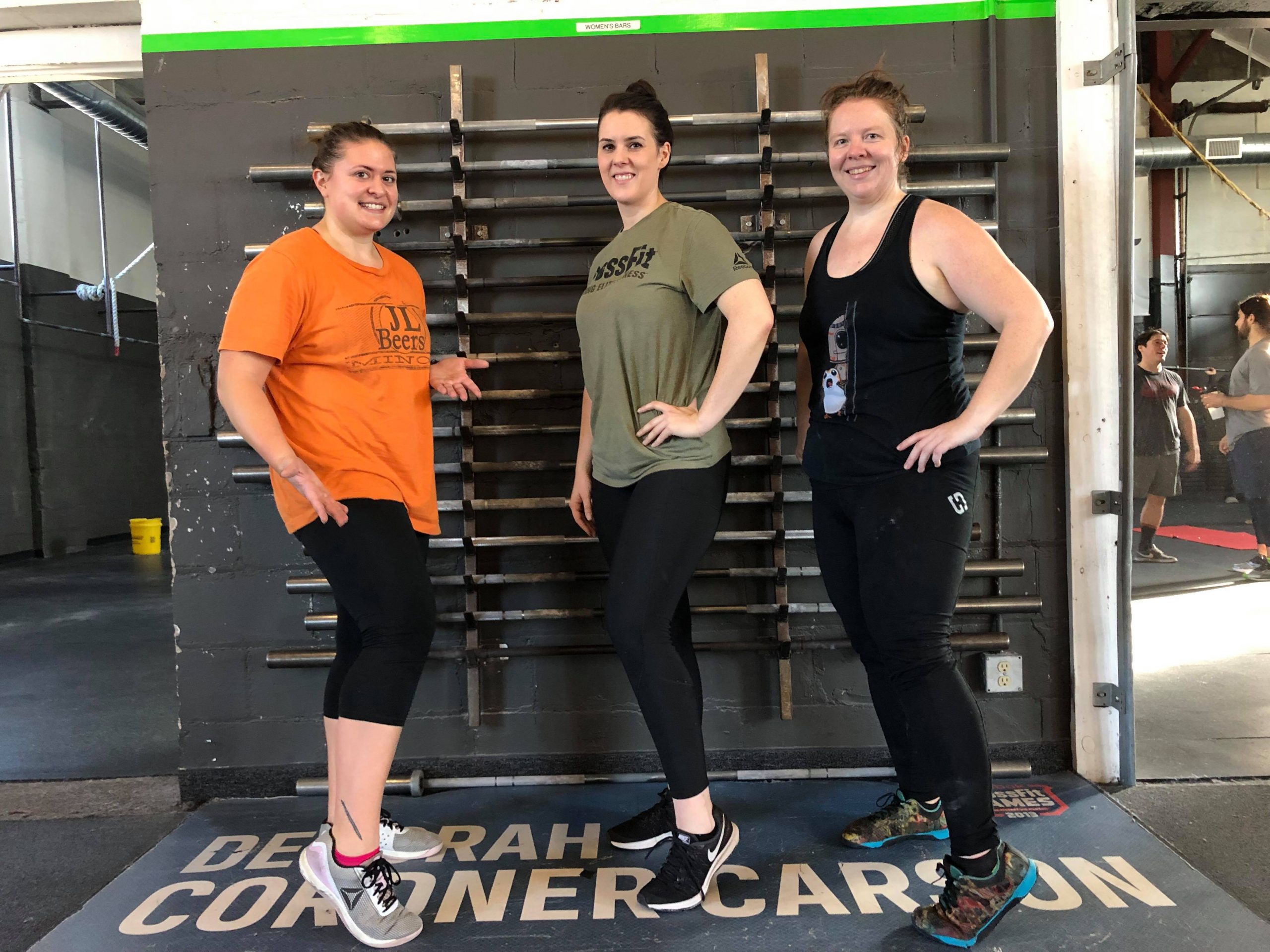 It was the tail end of class on a Friday night in November. A chipper: a crap-ton of double-unders and sit-ups followed by a few heavy overhead squats and 35 toes-to-bars.

Most of the class had finished; a few were even wiping down their bars, oblivious to the history Jessalyn Weaver was making on the rig. If they looked, they saw an athlete soundly knocking out the last few reps; in reality, Jess was PR-ing times 35. You see, she’d never done a toes-to-bar in a workout before then.

“I think I was just mad,” she said, noting that she’d just gone through a tough break-up. “And I wanted to prove to myself that I could do it—I just kind of got angry and I did it.” But it probably also helped that she was about 50 lb. lighter than the day she first walked into CrossFit St. Paul in 2014.

A former high-school and collegiate athlete, Jess had always been active. She ran cross country and played softball in high school and college, developing a love for the barbell in strength-and-conditioning classes. But a back injury just before her senior year kept her out of the weight room for most of the season, and after she graduated, she stopped working out altogether. The pounds began to pile up.

“I had a Life Time membership but I never went,” she said.

In 2014, during her third year of medical school, Jess joined CrossFit St. Paul.
Though she completed On-Ramp—now called Level One—she admitted it took
some time for CrossFit to become a habit.

Part of the reason for that, she said, was the intimidation factor. “It was intimidating because I was just so out of shape,” she said. At the time, Jess could not jump to a 12-inch box and could barely run 400 m. Her joints were constantly sore, she’d get winded climbing a flight of stairs and
“squatting down to do anything was difficult,” she recalled.

But as one workout per week became two and two become four or more, movements got easier. What was once an obligation became “the best part of my day,” she said.

Within her first year of CrossFit, Jess lost about 20 lb. without making any other changes to her lifestyle. But the progress that had come so quickly eventually stalled. Give her an overhead squat or a heavy clean and sure, she’d wipe the asphalt with it. But time after time, the only thing between her and that coveted “Rx” was something gymnasty. 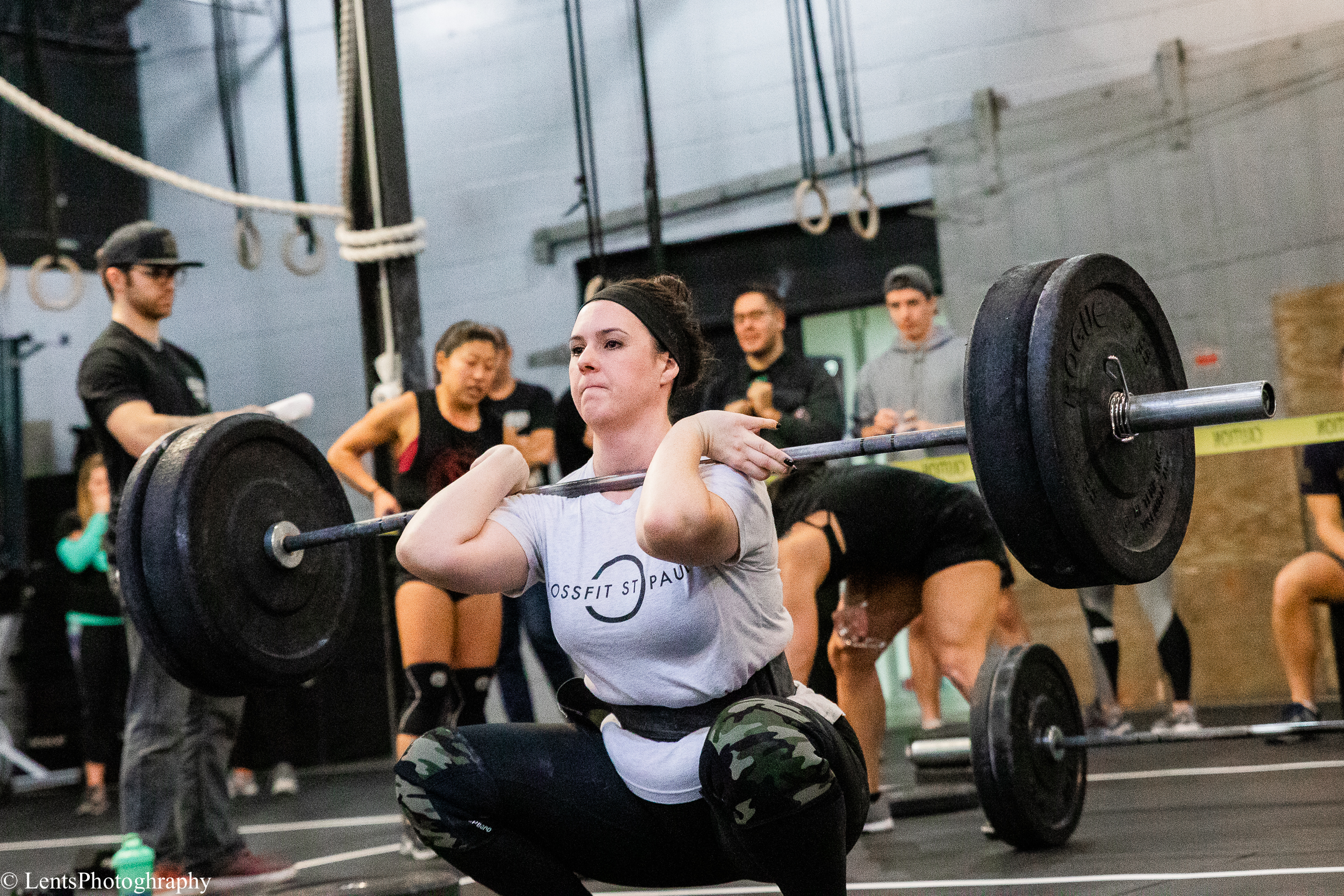 “I knew that if I ever wanted to get a pull-up or a push-up or a toes-to-bar or any of the gymnastics things, I could be as strong as I wanted to be but I had to lose some weight,” she said. More specifically, she knew she had to change her diet.

At the time, a typical day would begin at Starbucks with a bagel or pastry and a sugary coffee drink. Lunch was often Chipotle or Noodles or cafeteria food at the hospital; dinner was carbs on carbs—a heaping bowl of spaghetti or mac and cheese. But it wasn’t just about the number on the scale or even her performance in the gym. As a resident physician at Hennepin County Medical Center, she’d seen firsthand the consequences of poor lifestyle choices: diabetes, hypertension, hyperlipidemia, coronary artery disease, heart failure and more.

“I don’t know why it took so long for me to realize this, but as a doctor, I see a lot of people with really bad chronic illness, and I think a lot of it is obesity related for a lot of people,” she said. “Just seeing these people who are so horribly ill, and literally all of their problems could have been prevented by exercising and eating healthy for the majority of their life.” She described a recent case, a patient weighing near 500 lb. and suffering from obesity hypoventilation syndrome, a breathing disorder in which there is an excess of carbon dioxide and a dearth of oxygen in the blood. “So people literally get so large that they, for whatever reason, don’t breathe,” Jess explained. “Either centrally or because they have so much chest-wall mass, they just don’t ventilate enough.” 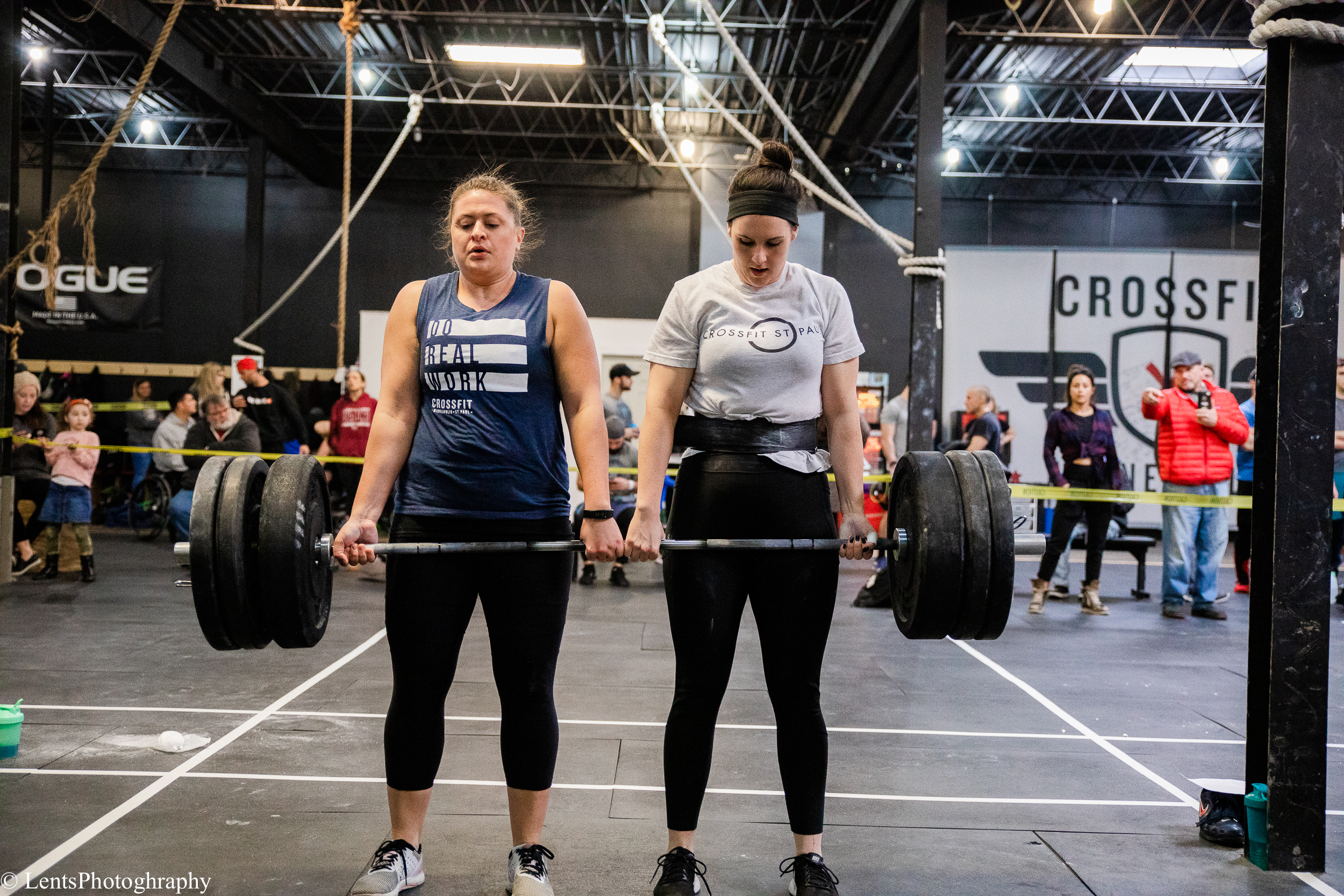 The patient in question had been hospitalized several times and had just three options remaining: get a tracheotomy, lose weight, or die. “And rather than lose weight, he just said, ‘I’m just gonna go into hospice,’” Jess said. Determined to write a different future for herself, in spring of 2018, Jess changed her diet. She cut out sugar and processed carbohydrates, adopting a diet of mostly meat and vegetables. Since then, she’s lost another 30 lb., bringing her total to 50—with a side of PRs.

There’s no more mysterious joint pain, and now, workouts rife with gymnastics movements are more motivating than discouraging. “That was probably the best feeling that I’ve had in CrossFit,” she said of the day she Rx’d that toes-to-bar workout. “Just because for such a long time a workout like that has been—there’s no chance I could do it Rx. It just felt good to accomplish a goal.”

“I definitely think I have a lot more confidence,” she added. “I feel better about myself. … My mood is better, I’m happier, and I think that just changes your entire perspective on life. I’ve always been pretty driven and a high achiever, but I think CrossFit—getting my health in order and getting back into shape—has really kind of taken it to the next level.”