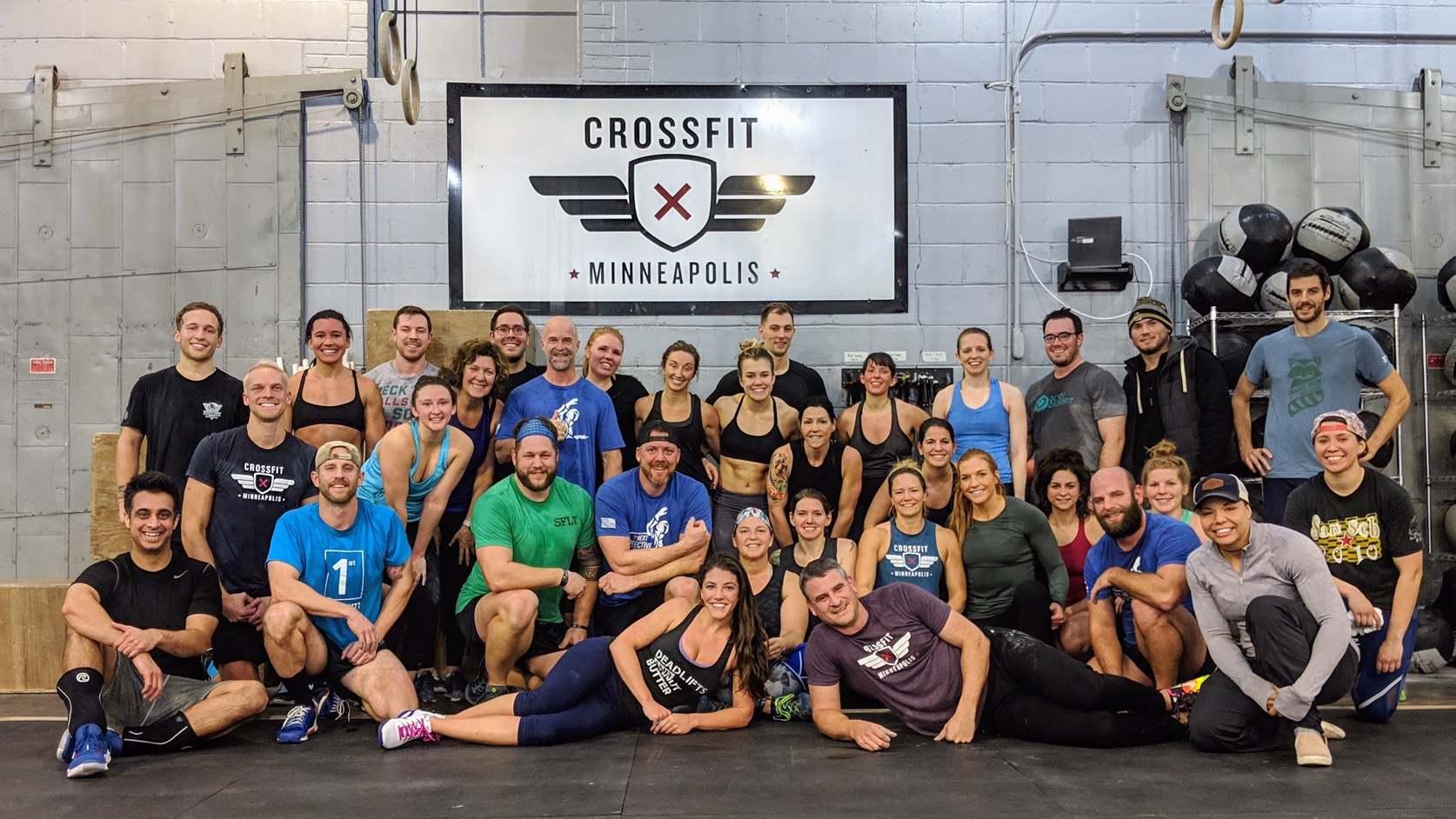 Deanna Weida was in the worst shape of her life.

She was overweight and had arthritis in her knees. Her constantly swollen legs and ankles—side effects of membranous neuropathy, a rare, chronic kidney disease from which only 25 percent of people fully recover—made getting out of her car feel like climbing Mount Everest.

She used to love playing volleyball, but the pain kicked her off the court. And after her husband of more than two decades passed away from cancer in 2015, she spent most of her time alone in a strange new apartment, hurting and depressed.

“The kids said, ‘We didn’t know you, you were a different mom,’” Deanna recalled. “Yeah, I was lost.”

“It was ‘are you gonna live or are you gonna die?’” she said. “My husband was in that dream and I had a choice to go with him or jump and stay alive—and I jumped. I chose life, and at that point, I thought, ‘OK, you gotta do something about all this.’” 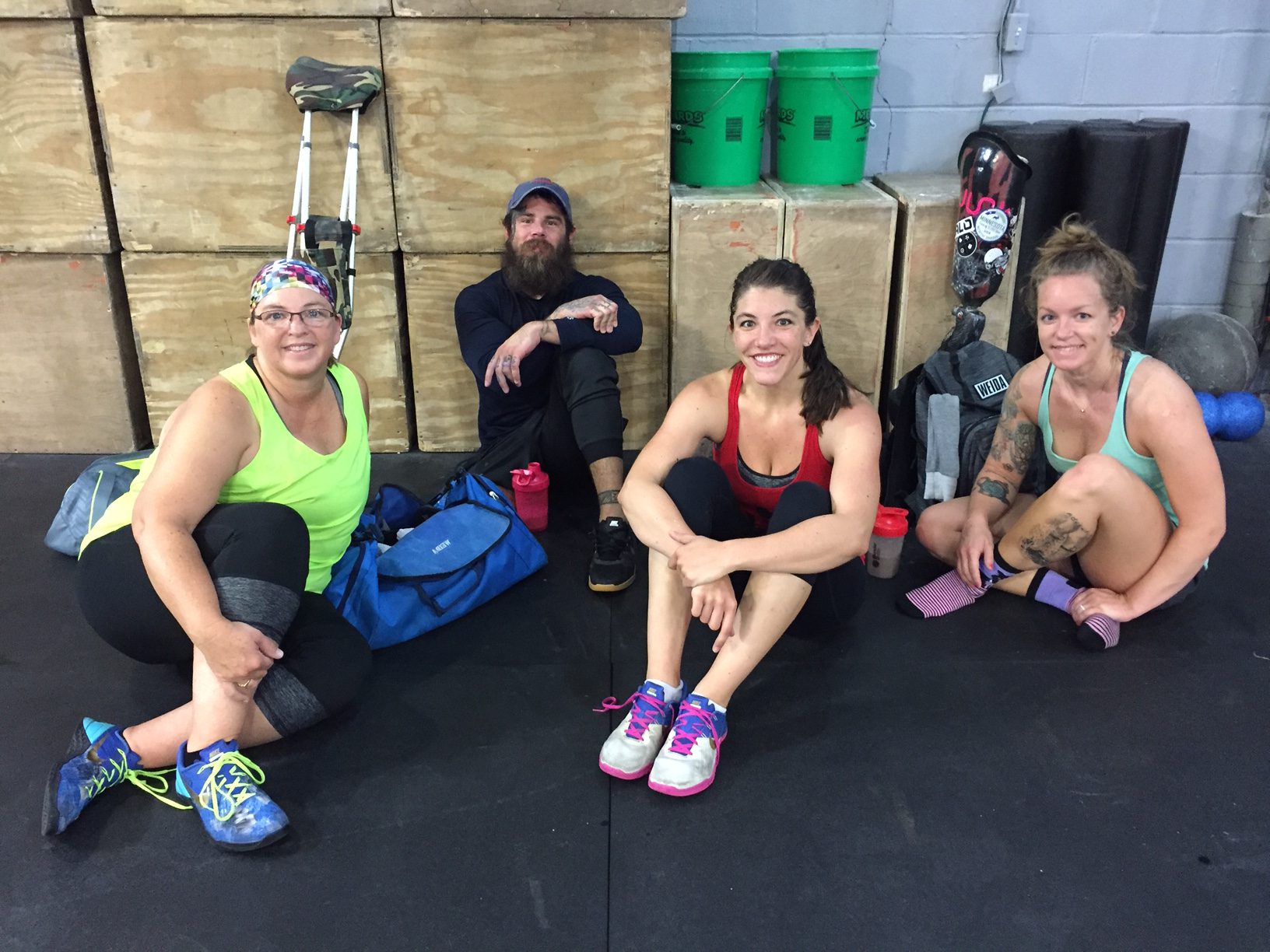 Deanna’s adult children tried to get her start CrossFit. Derek trained at CrossFit Apollo in Las Vegas; Kaydee at CrossFit Minneapolis. But Deanna wasn’t ready yet.

“Seeing what they do, I’m like, ‘Are you kidding me?’” she recalled. “I had a rule before CrossFit that I not only don’t jump, but both feet don’t leave the floor at the same time.”

So she started small, training on the elliptical machine in her apartment gym, racing herself to a mile and watching her time go down. On the first anniversary of her husband’s death, her kids taught her to swing a kettlebell. Bit by bit, her confidence grew, and on May 16, 2017, she walked into CrossFit Minneapolis and joined her first Level One class at 54 years old.

It was intimidating—for about 10 seconds.

“You walk in and there’s some pretty amazing athletes, and I come walking in, getting in the way—but they really just embraced me and that helped a ton,” Deanna said. “They cheer you on and … they know when to console you and when to push you, and when I’m the last one getting done or struggling to try something new, just hearing their voices cheering me on is just, God, it’s—they’re friends, I love them all.” 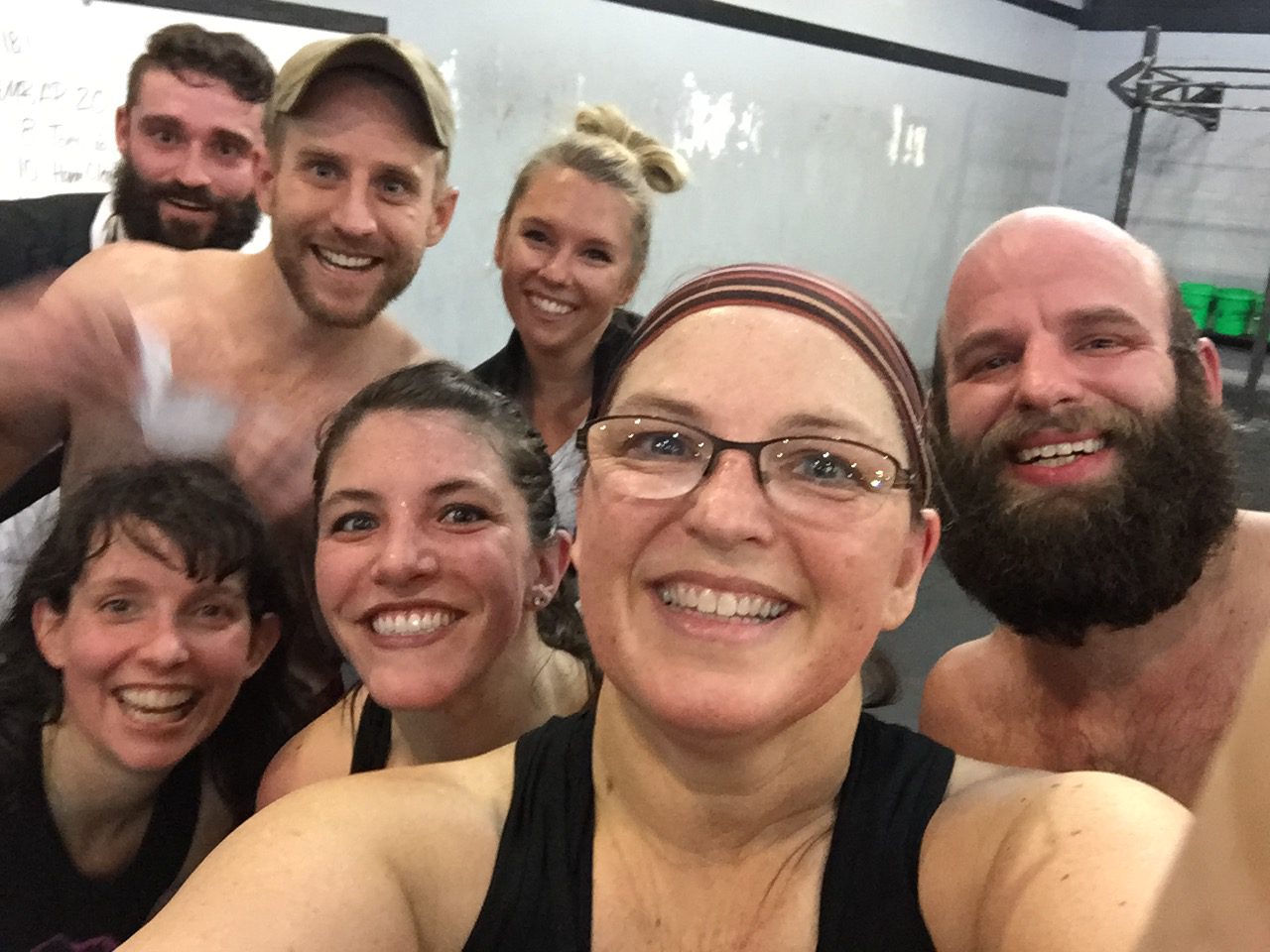 Part of what made her more comfortable in the gym, she continued, was how the coaches modified all the movements to meet her needs. Instead of box jumps, she stepped up to a 10-lb. plate. Instead of a 400-m run, she slowly jogged the length of the room.

“Chelsea Lyons and Paul (Begich), they really held my hand through all that,” she recalled. “They treated me like I was anybody else … they modified whatever I had to do and then I did it. They’ve meant a lot to me through this journey.”

Diligently training three times a week, Deanna slowly got fitter. She squatted lower, jumped higher and even joined the class outside to run. And after participating in the 2018 winter nutrition challenge, she ditched the junk food and takeout and acquired a taste for meat and veggies.

“This year one of my goals was to learn to cook, because my husband did all the cooking,” she explained.

The effort has paid off. 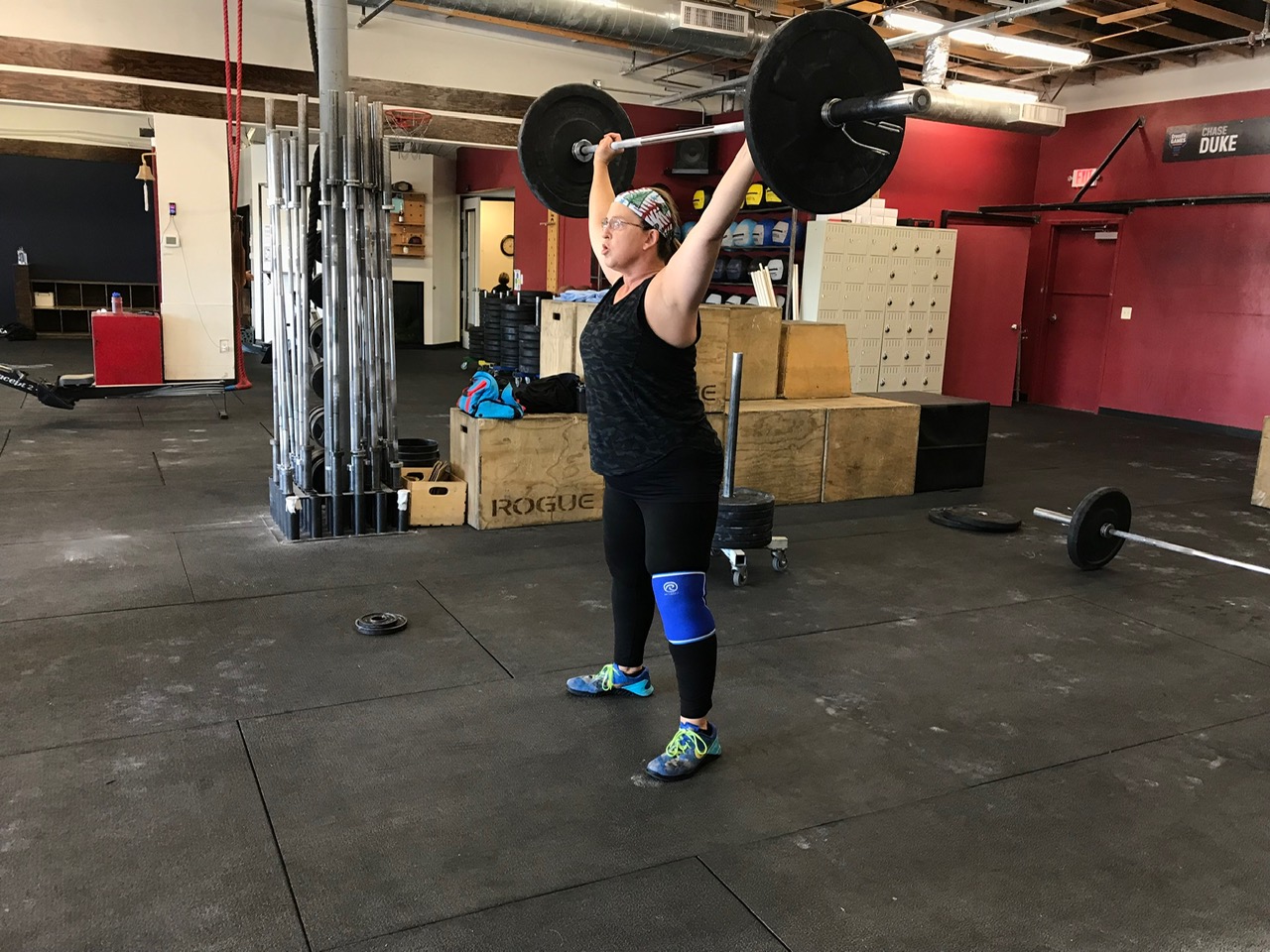 Today, Deanna can jump to a 12-inch box and run a mile without stopping. She can do banded pull-ups—and not only do both her feet leave the ground at the same time, but she can hold a handstand against the wall for 45 seconds.

But those PRs aren’t the ones that make her tear up. She recalled a moment several months into her CrossFit journey.

“I called both my kids, crying from my car when I got home from CrossFit because I realized when I went to get out of my car, I just swung my legs out and stood up,” she said. “I didn’t have to use my arms, for the first time. And I didn’t even think about it, I just stood up.”

And as of October 16, 2018, Deanna’s kidney disease is in full remission, which her doctor “absolutely attributes … to my exercising and eating better,” she said.

In January, Deanna and Kaydee will move to Las Vegas to be near Derek and his budding family. She plans to continue her CrossFit journey there at CrossFit Apollo.

“I found—through this journey, somewhere along in this last year I found happiness again. I feel happy.”